162. Call for tenders: Tenders for a contract for the exclusive privilege of supplying country spirit from a distillery to licensed vendors within a specified area for a specified period will be called for by the Excise Commissioner 6 months before the date from which the contract will take effect.

Provided that the State Government may, if circumstances so require, direct that tenders be called for by the Excise Commissioner within a lesser period than 6 months specified above. 163. Application for licence: Any person tendering for a licence specified in Rule 162 shall apply in writing to the Excise Commissioner furnishing the following particulars. 1. The name or names of the person or persons, if a firm, the name of every partner of the firm and if a company, the registered name thereof and again registered with the Commissioner of Excise on payment of a fee as may be prescribed by the Government from time to time. The tenderer should get himself/herself registered with the Commissioner of Excise. This registration number with date should be quoted in the tender paper. 2. The applicant (if he is other than the existing contractor) shall also state in his tender that he is willing to take over under the provision of Rule 173 of these Rules, the existing vats and other permanent apparatuses in the warehouses within the area to be supplied and shall furnish a list of these in his application. 3. Each tenderer shall deposit a sum of money fixed by the Excise Commissioner as earnest money by a Bank Draft in favour of the Commissioner of Excise. The Bank Draft must accompany the tender otherwise no tender will be considered. The unsuccessful tenderer shall get their earnest money refunded. The earnest money of the successful tender may be converted to security deposit. 164. Right of State Government to grant licence to any person: The Excise Commissioner shall forward the tenders with his recommendations to the State Government which reserves to itself the right to accept any tender. If none of the tenders is accepted by the State Government on the ground that none of them, on due consideration, appears to be satisfactory they reserve also the right to grant the licence to any person who has not tendered and is considered suitable in all respects: The Government of Assam shall also have the right to cancel the contract at any time without any compensation to the contractor, if any terms and conditions of the contract are infringed. The contract may also be cancelled during the currency of the contract for failure to supply rectified spirit grade-I or for supply of substandard spirit to the warehouse and in that event any loss incurred by Government shall be compensated by the contractor as may be determined by the State Government.

Provided that when a licence is cancelled or suspended during the currency of the licence, the State Government further reserves the right to grant the licence to any one without calling for tenders.

165. Period of licence: The licence granted to a contractor shall be in the prescribed form, and shall ordinarily be for a period of three years, but in exceptional cases a longer term, not exceeding five years, or a shorter term, may be fixed. On expiry of the term of contract, the State Government may extend the term of the licence for a period not exceeding three months at a time under such circumstances as the State Government considers necessary. 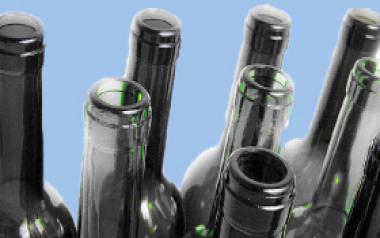